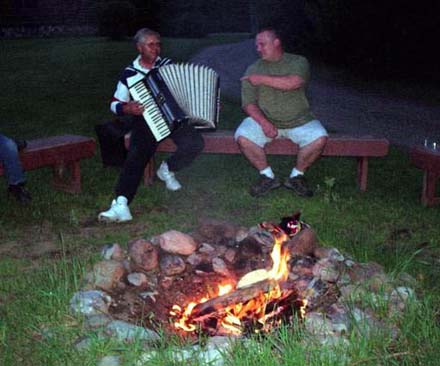 North Twin Lodge (now Coadys' Point of View Lake Resort) has been hosting generations of guests on their vacations.

The property was originally patented (the parcel created) in 1897 by a gentleman named Robert Stewart. Sometime between then and 1945, the original home on the property (now Cabin 13 - Bigfoot's Den) was built. In 1945, the current day main home on the property was built as a private residence. In the mid-1950's Hank Hodag, then owner, built an indoor, heated pool on the site of where the current sand volleyball court is. Two apartments were built, one on top of the other, on this structure.

Sometime later Sven Peterson bought the lodge, wanting to build a restaurant within the log home. While this never materialized, he sold it to his daughter and son-in-law, the Pagboms, in the mid-1970s. It was the Pagboms that first opened it as a Christian resort. In the 1970s a large renovation of the property brought the cozy cottages seen on the property today - with the side by side design. This approach and shared decks afford for private space for families while affording for larger groups to book together.

After several years the property was sold to the Oseicki-Stuckmeyers, who ran the resort for a few years. It was in this time frame the indoor pool building burned down. Tom and Kay Hickson bought the resort in 1991 and ran it for nearly 15 years. In total, there have been only five owners of the resort - most recently Marti and Jen Primich.

In the photo to the right you will see Marti Primich (previous owner) with Tom Hickson (owner before that) enjoying one of the rousing fire pit evenings the resort is famous for.

THE ISLAND ON NORTH TWIN LAKE

The island on North Twin is only 500 feet off shore. Old timers say that the island's first use was a Native American burial ground. The first structure on the island was a small log cabin built in 1902 by Schafner of the clothier Hart, Schafner, and Marx (still in operation as a brand today). A two-story house complete with a turret, a dormer on the third floor, and white wooden pillars on the porch was built around the original log cabin. At a later date, Oliver Lindberg built the fireplace and stone pillars on the porch in his unique fashion of splitting rocks by hand, carving them with special tools and placing them so that they matched perfectly. He also seemingly did the stonework inside the resort's main log home.

In the 1920's, the island was owned by a close associate (some say his doctor) of Al Capone. A caretaker on North Twin would go over and cut the grass, but he was not allowed on the island when people were there. When the house was occupied Doberman Pincher dogs and people in boats cruising around it with machine guns at the ready.

The John Detling family from Sheboygan owned it in the 1940s. His wife was a Kohler, whose family owned the world's largest manufacturer of plumbing fixtures. In the 1950s the island was bought by the Kohler family. Walter J. Kohler, Sr. was known as a great aviator aficionado. While they owned the island they would fly in by pontoon planes. The island served as the summer home of two Wisconsin governors, Walter Sr. and Walter Jr. from the Kohler family. Their nephews sold the island to Camp Birch Knoll in the 1990s.

In 2018, the home on the island had fallen into disrepair and was demolished. It is yet to be seen what will come of the island next... 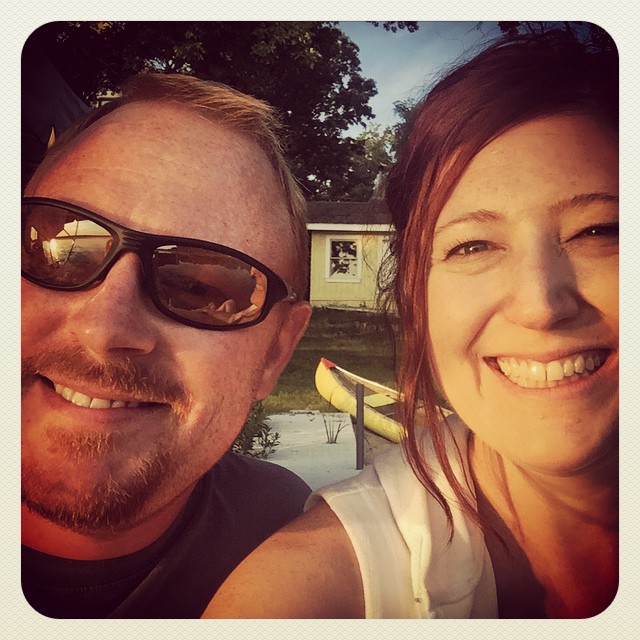 In early 2018, we (Darren and Genevieve Coady) decided to go on a new adventure, take the plunge, and become America's next small business owners.

So what led us here? We have had much experience in camping. And we know a lot about vacationing. Darren has run a community center that hosts events, and Genevieve has a background in community planning and economic development. We have a son, Oliver, whom we want to bring up living a good life - knowing hard work but enjoying the relaxation of nature.

Bottom line, we felt it was time to do more to give back to others. Using our collective professional experience - thrown in with a dash of fun - our dream of owning a resort was born. When we found North Twin Lodge we fell in love with its history, its tradition of returning guests, and the lake. In October, 2018 we opened doors and haven't looked back.

As for the name change, Darren's childhood home was named "Coadys' Point of View" as it was on the end point of an overlook. With the resort having a walkway on the lake out to the point on the property, the Coadys' decided to keep the name for their future home.

Come visit the resort and become a part of the Point of View family - we look forward to meeting you and sharing in many memories to come!

Loading...
Upps!
You're running a web browser we don't fully support. Please upgrade it for a better experience.
Our site works best with Google Chrome.
How to upgrade the browser